“Blow, bugle, blow, set the wild echoes flying!” When the young Benjamin Britten combined a tenor voice, a string orchestra and a horn in the raw he discovered a fantastic new world of sound – where old poems surge and toss on fresh sea breezes, and distant music echoes and rustles through the night. To perform Britten’s Serenade for Tenor, Horn and Strings, the ECO is joined by former BBC New Generation Artist Ben Johnson, BBC Young Musician finalist Ben Goldscheider and the charismatic conductor Jessica Cottis.

More time-travelling from Ravel in his Tombeau de Couperin, taking ancient dances and filling them with the spirits of friends lost in the Great War: by turns tender, playful and heartbreakingly poignant. Stravinsky’s Pulcinella takes a handful of Baroque composers, pours them a cocktail and introduces them to the jazz age: 20th-century music simply doesn’t get any more sardonic.

Ben Johnson explores another of Britten’s great loves: the song of Henry Purcell, given the very subtlest of makeovers and then set free to carry orchestra, singer and audience back to the golden age of the English Baroque, when it was said that Orpheus himself strolled the streets of London. Words and music to touch the soul – and refresh the spirit.

Students: £6 (valid ID required on the night of the concert) 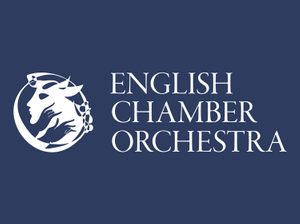 A moving performance of works which evoke the futility of war and destruction and the final concert in a series with the City of London Choir and the Royal Philharmonic Orchestra which explores the ground-breaking work of Ralph Vaughan Williams i...
More Info Book Now

Ian Page’s award-winning ensemble presents a fascinating programme of music composed by the 16-year-old Mozart including two symphonies, a concerto, and four arias from Lucio Silla, incorporating some of the most spectacularly virtuosic vocal music...
More Info Book Now