Coronavirus update: from Friday 10 December, all visitors are required to wear a face mask in all public spaces at Cadogan Hall, in line with government guidance (exemptions apply). See our Coronavirus Updates & FAQs.

Out to Lunch – part of the EFG London Jazz Festival

In just a few short years, UK-based guitarist Nicolas Meier has carved a reputation out as one of the UK’s most original and uniquely talented guitarists. Drawing from a love of Turkish, Eastern and Middle Eastern music, flamenco, tango and more – all mixed with jazz – his versatility and musical fluency extends well beyond that… so much so that his considerable talents drew the attention of rock guitar legend Jeff Beck who has since made Nicolas a mainstay in the Jeff Beck Group, taking him on two world tours over the past several years.

Meier originally hails from Switzerland. Born in 1973 to parents who are great lovers of the arts, with wide-ranging musical tastes extending to the classical, jazz, Latin, flamenco, rock, and even pop genres. A true gipsy spirit with a disciplined maestro’s touch, Nicolas has embraced a number of different cultures and studied their music forms, nuances and idiosyncrasies.

Having made a lasting impression on gentlemen like Jeff Beck, Bill Bruford and Steve Vai – to name just a few – Nicolas Meier is unquestionably one of today’s most well-rounded, ambitious, masterful up-and-coming talents on guitar.

Nicolas Meier World Group’s new album Peaceful features the talented Demi Garcia on percussion, Richard Jones on violin and Kevin Glasgow on bass. Together they capture the beautiful colours of the different folk sounds they incorporate in the world compositions written by Nicolas. They will make you dream and travel. 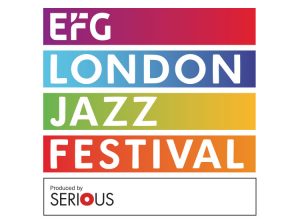 A Night with No Name

A gala evening of music and entertainment

An award-winning singer, composer and flautist, Nai Barghouti has become one of the most recognisable and iconic voices of a new generation of Palestinian artists. Well known for her stunning arrangements of iconic pieces, she exudes a musical brilli...
More Info Book Now