Cécile McLorin Salvant is regarded as a singular and fearless voice in music today. With her remarkable vocal technique and on-stage persona, she performs rich interpretations of familiar songs and rare treasures.

Opening for Cécile is 2018’s BBC Young Jazz Musician of the Year Xhosa Cole. The saxophonist, flautist and composer has just released his critically acclaimed debut album K(no)w Them, K(no)w Us with his core quartet and featured artists Soweto Kinch and Reuben James, while his other past collaborators include Monty Alexander, Courtney Pine, and the BBC National Orchestra of Wales.

For his appearance at the EFG London Jazz Festival, he’ll be performing a stripped back duo set with bassist Joe Downard (Judi Jackson, Waaju). 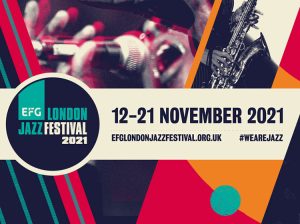 Before The Beatles Britain was Trad mad and this concert celebrates the music of the late ’50s and early ’60s when the sound of early jazz was adapted in a uniquely British style. The seven-piece band led by trombonist Ian Bateman feature...
More Info Book Now