The youngest jazz artist ever nominated for a Grammy Award, thrilling pianist-composer Joey Alexander is coming to the EFG London Jazz Festival to showcase original work from his latest releases and personalised interpretations of great songs.

Alexander’s latest album Warna, translating as ‘colour’ from his native language of Bahasa, follows four Motéma albums that garnered the pianist three Grammy nominations and such honours as historic critics’ and readers’ poll victories in DownBeat and JazzTimes.

Alexander released two of his three new singles SALT and Under the Sun earlier this year, with Summer Rising scheduled for late May. SALT featured Alexander on Fender Rhodes electric piano – for the first time on a recording – along with his latest rhythm section of Daniel Winshall (electric and upright bass) and Tyson D. Jackson (drums).

Born in New York City and of Italian descent, Noemi Nuti is a well-established jazz vocalist based in London. A finalist at the Worshipful Company of Musicians, she has received wide critical acclaim touring the UK, headlining festivals and supporting Brazilian legend Marcos Valle. Noemi has also performed nationally and internationally as lead vocalist in Andrew McCormack’s Graviton. Noemi’s second album, Venus Eye, is a celebration of the female perspective in song form, fusing influences from artists such as Joni Mitchell and Esperanza Spalding. 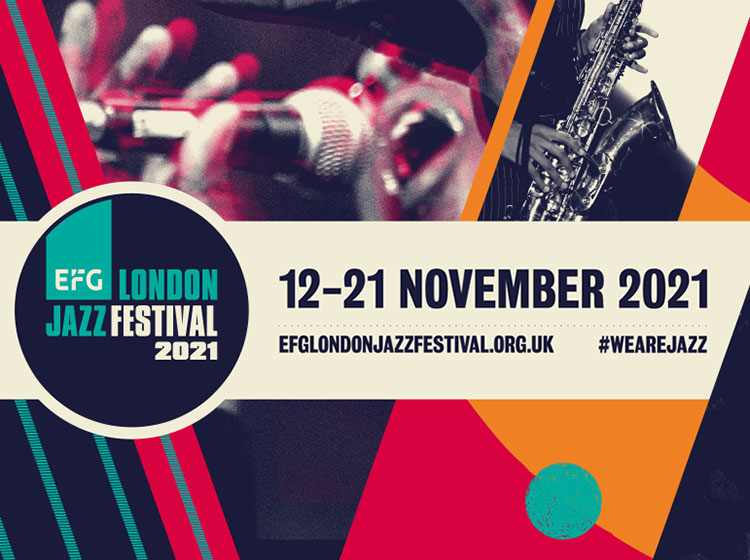 Now in its 29th year, the EFG London Jazz Festival returns to live audiences with an electrifying line up, ranging from global stars, special collaborations and new commissions to finest and freshest music from the UK.

Considered as one of the most prodigious guitarists of his generation, the New York-based musician Julian Lage returns to EFG London Jazz Festival. Newly signed to Blue Note records, guitarist Julian Lage has broken into the major league. His poten...

Charismatic saxophonist Lakecia Benjamin presents her new album Pursuance: The Coltranes. A cohesive walk through the lineage of the jazz artform, Benjamin’s third full-length release as a leader pays homage to John and Alice Coltrane. The album br...

Guitarist John Scofield and bassist Dave Holland join forces to present audiences with a new conversation. Performing as a duo, the artists will play original compositions each have contributed to their repertoire, with a selection of jazz standards...

Shai Maestro is one of the most promising and talented pianists of his generation. Since his debut with his own trio in 2011, Shai has shaped a strong and unique personal identity and has portrayed an incredible musical fluidity, making him and his b...

The youngest jazz artist ever nominated for a Grammy Award, thrilling pianist-composer Joey Alexander is coming to the EFG London Jazz Festival to showcase original work from his latest releases and personalised interpretations of great songs. Alexan...

Settings of the poetry of William Blake by Mike Westbrook

We celebrate Mike Westbrook’s 85th birthday year by bringing back to the concert hall what the Independent on Sunday called ‘perhaps the greatest work in all British jazz’: The Westbrook Blake, Mike Westbrook’s settings of the...