With this gig the Oxley-Meier Guitar Project begins its second extensive tour of the year promoting its new double-album, The Colours Of Time – a development from their previous release, Chasing Tales. On both of these albums, Oxley and Meier shared writing duties throughout, bringing to the fore their diverse influences and interests in ‘orchestrating’ various guitars.

When playing live, they aim to recreate their broad palette of sounds, bringing at least ten differing guitars with them (nylon 7-string, steel string, fretless, 11-string fretless, sitar-guitar, 12 string, etc.). Having clocked up hundreds of concerts together throughout the UK and Europe over the last five years, they perform with an almost uncanny empathy in their interplay. Expect the unexpected: lush and scintillating soundscapes ranging from Turkey to Brazil!

“When it comes to empathy, this duet of guitar virtuosi comes close to perfection” (The Observer ★★★★)

“[The Colours of Time] is a wonderful example of the high level of music that can be made by combining two great guitarists/composers/improvisers such as Pete and Nicolas. They have put together a feast of virtuosity, delivered with depth, wit and joy.” (Ralph Towner)

“The music always communicates with a feeling of spontaneity, passion and enjoyment.” (Herald Scotsman) 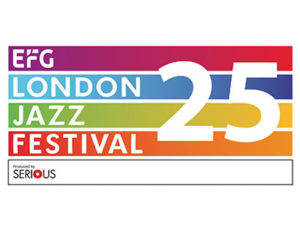 An Evening with Tom Rush

In light of the coronavirus outbreak, this performance has been rescheduled to Thursday 24 June, 2021. Existing tickets for the original 19 June (2020) performance will remain valid for this rescheduled performance date. We will not be reissuing tick...
More Info Book Now

In light of the coronavirus outbreak, this performance has been rescheduled to Monday 12 October, 2020. Existing tickets for the original 11 April performance will remain valid for this rescheduled performance date. We will not be reissuing tickets w...
More Info Book Now