Also featuring Glinka’s famous overture to his opera Ruslan and Ludmila, as well as one of Tchaikovsky’s most highly regarded works (albeit one overshadowed by the composer’s untimely death just nine days after its premiere): his Sixth Symphony, ‘Pathétique’.

The RPO gives grateful thanks to Calderwood Wealth Management for their support of this concert. 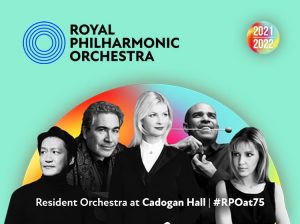 From the first dramatic chord of the ‘Pathétique’ Sonata, Beethoven fills the air with the tension and turbulence of the late 1700s. Celebrated pianist Jae-Hyuck Cho opens the Festival with this work that exemplifies Beethoven ‘The Revolutiona...

Beethoven the Revolutionary: The Emperor and the King

Composed in 1809 during the French invasion of Austria, it is a miracle that Beethoven’s Fifth Piano Concerto was ever completed. Beethoven was lodging next to the city ramparts as Napoleon’s army bombarded Vienna and he was struggling with his i...

An ensemble comprising senior students from the Royal College of Music joins the festival for this lunchtime concert which features a particular favourite of Beethoven’s. Written when he was only 26, Beethoven regularly programmed his Quintet for p...

Austrian conductor Hans Graf leads an evening comprising some of the most sublime orchestral works Beethoven produced. The theatrical overture to Coriolan opens the concert with dramatic tragedy, portraying the legendary Roman figure who betrayed his...

Beethoven The Revolutionary: The Creatures of Prometheus

Beethoven lived through a time of extraordinary political upheaval – war and revolution had torn up the old aristocratic ruling system of Europe and the new United States of America. Beethoven fervently believed in democracy and the rights of the o...

A programme of Mozart’s sun-suffused Piano Concerto No. 23 in A with pianist Angela Hewitt, framed by Bartók’s Concerto for Orchestra and Beethoven’s Fifth Symphony, possibly one of the most famous pieces of music of all time.
More Info Book Now

This final concert of the Orchestra's 2021-22 season opens with Wagner's The Flying Dutchman Overture. Antonio Oyarzabal is the soloist in Poulenc's energetic Piano Concerto, and the evening ends with Berlioz's vivid and exhilarating Symphonie fantas...
More Info Book Now

A Gala Concert for the NHS