Elgar In the South (Alassio)

For centuries composers have been inspired by the great outdoors and in this concert Jac van Steen conducts a programme of such picturesque inspirations.

Enthused by a holiday trip to the Italian Riviera, Elgar’s In the South (Alassio) is complete which flowing streams and chirping birds. Vaughan Williams’ Oboe Concerto, filled with folk-inspired pastorals and a show-stopping finale, provides a virtuosic showpiece for the RPO’s Principal Oboe John Roberts. Written at the turn of the century, Sibelius’ Second Symphony evokes expansive glacial landscapes of his native Finland, culminating in a flourish of exhilarating heroism. 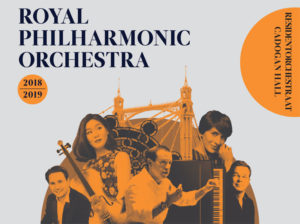 Welcome to the Royal Philharmonic Orchestra’s (RPO) 2018-2019 season at Cadogan Hall. We invite you to join us to experience a varied programme of orchestral music in the immersive and intimate surroundings of our Resident Home at Cadogan Hall.

A Night at the Movies

London Phoenix Orchestra breaks the shackles of lockdown with a gala concert of film music. Celebrate your rediscovered freedom with an evening of escapism featuring all the magic of the silver screen, from a galaxy far, far away to Casablanca. This...
More Info Book Now

A fundraising concert in aid of Freedom from Torture