Past Event
The Cardinall’s Musick Past Event

(Please note, programme may be subject to change.)

A beautiful programme which sets 16th-century polyphony alongside contemporary minimalism. The mystical minimalists John Tavener and Arvo Pärt are as immersed in their religious feelings as William Byrd and Orlando Gibbons yet they come from very different traditions. Byrd’s dark-toned Mass for four voices inspired by Catholic devotion is set against Gibbons’ more suave and energetic Anglican writing.

Tavener and Arvo Pärt instead look to the Orthodox traditions of the East. These contemporary writers use a direct and powerful approach, ikon-like in its seeming simplicity but immensely powerful.

Choral at Cadogan
Back to Live 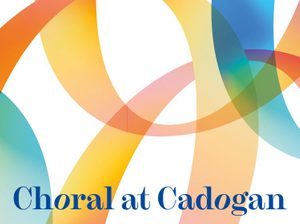 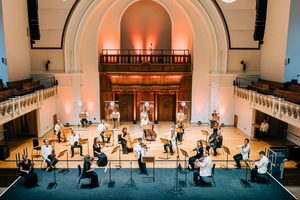 In 2014 John Tavener would have celebrated his 70th birthday but sadly he died in 2013. The Tallis Scholars had a long association with John. To mark the tenth anniversary of his death, we are pleased to present a special programme of his music conta...
More Info Book Now

Bach: Mass in B Minor

Join Barts Choir and Trafalgar Sinfonia as they bring to life this greatest of all choral works. There is simply nothing like the experience of hearing a full choir singing 'Hallelujah'!
More Info Book Now

The Chapel Choir of the Royal Hospital Chelsea and the Academy of Ancient Music return to Cadogan Hall to perform Bach’s dramatic Easter masterpiece, his setting of the St John Passion, with soloists Gwilym Bowen and Jonathan Lemalu.
More Info Book Now