Past Event
The Tallis Scholars Past Event

The Tallis Scholars’ determination to celebrate Josquin des Prez, who died 500 years ago last month, has led them to concentrate on his 18 mass settings, all of which they have recorded as a set. The last of these recordings (winner of BBC Music Magazine‘s Recording of the Year Award), and the programme this evening includes the iconic Missa Hercules dux Ferrariae, whose fame is based on how Josquin referred to his patron in just about every bar of his composition. This was done by taking the eight syllables of Ercole’s name and putting the same eight notes to them, over and over again.

The result is completely mesmerising. But in order to discourage everyone from going into a trance, the movements of the Mass are divided up with a variety of other items, scored for exactly the same choir as the Mass – SATTB. Josquin’s Veni sancte spiritus and Stabat Mater, alongside some quite different textures by Palestrina and Byrd, are designed to piece together a fascinating evening of great polyphony, ranging over a century in time.

‘Two golden qualities leap out at once. One is the glorious singing…The second is the forceful appeal of Josquin’s music.’
The Times (★★★★★)

‘The Tallis Scholars made their name for choral excellence in the music of this period and the intervening three decades have not dimmed their brilliance.’
Financial Times

‘The Scholars’ sound is lean and clear: every strand of the musical web is beautifully illuminated’
BBC Music Magazine Recording of the Year 2021

Choral at Cadogan
Back to Live 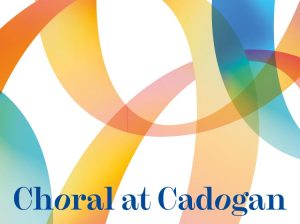 This wide-ranging recital connects natural and spiritual regeneration, recognising loss, beauty, love and joy. Music from the Renaissance to the present day comes from England (Byrd, Britten and Dove), Germany (Schütz and Rheinberger), Scandinavia a...

The Sixteen’s 2021 festive programme is centred around Bob Chilcott’s evocative and atmospheric double-choir ‘O’ antiphons. Anticipating the coming of Christmas, they were traditionally sung before and after the Magnificat on...

Inspired by the Sistine Chapel

The Renaissance composers in tonight’s concert all worked in the Sistine Chapel and wrote for the choir there, and a number of the works in this programme can be identified as having been written specifically for that building: Allegri’s...

The Tallis Scholars perform Thomas Tallis’ glorious, epic motet for 40 voices ‘Spem in alium’ alongside some of his other works, giving us an opportunity to understand just how versatile he was. 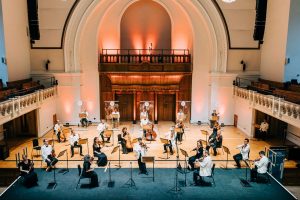 Hey guys, Sophia & Cinzia here! You were all so amazingly supportive of our one-off show last year that we thought we’d better turn it into a whole tour!! Eeeeeek! We’re so excited to invite you to The Girls Bathroom live tour! We’re bringi...

Voted the UK’s best tribute in 2020, this award-winning celebration of Frankie Valli and the Four Seasons proudly features West End leading men from hit musicals such as Jersey Boys. Paying a charismatic tribute to Frankie Valli, his life, his musi...

Enjoy a much-anticipated, star-studded event featuring guest opera singers who have performed at English National Opera, the Mariinsky and Bolshoi Theatres, Metropolitan Opera, and more. Enjoy around 40 much-loved arias and songs by Tchaikovsk...

Old friends and longtime musical partners, guitarist John Scofield and his Trio mates –bassist Steve Swallow and drummer Bill Stewart – are aglow with camaraderie and spontaneous invention. The three throw off sparks as they bob, dip and weave th...

An Evening with Jimmy Webb

Join us for an intimate evening with living legend Jimmy Webb, hailed by Rolling Stone as one of the top 50 songwriters of all time. His cross-genre hits include Glen Campbell’s ‘Wichita Lineman’ and ‘By the Time I Get to Phoenix’, his Gram...

The Chapel Choir of the Royal Hospital Chelsea and the Academy of Ancient Music return to Cadogan Hall for an evening of the finest Baroque choral music.
More Info Book Now

The Mozartists’ ground-breaking MOZART 250 project continues with this fascinating survey of Mozart’s activities in 1771. The vivacious programme features not only symphonies and arias that he wrote himself but also highlights from operas by Pais...
More Info Book Now

Handel’s Messiah is presented annually at Cadogan Hall by the English Chamber Orchestra. Following a very cut version due to COVID-19 last year, this year we will be reverting to a more complete version conducted by Nicholas Kraemer. We are del...
More Info Book Now