The Road to Rome

Past Event
Mozart in Italy – Concert 2 Past Event

This concert charts Mozart’s journey from Milan, through Bologna and Florence to Rome. It begins with thrillingly virtuosic arias and a duet from two long-forgotten operas that Mozart heard in Milan in early February 1770, and also includes arguably the best of the symphonies that he wrote in Italy as well as a concert aria now thought to have been composed in Parma for the celebrated soprano Lucrezia Agujari.

During his short stay in Bologna Mozart met Josef Mysliveček, one of very few foreign composers of the time who enjoyed success and popularity in Italy, and the concert includes music from his opera La Nitteti, which evidently had a strong influence on the young Mozart. 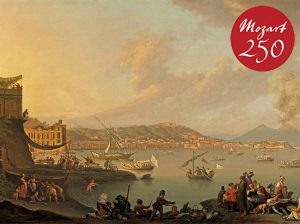 Ian Page’s visionary MOZART 250 series continues to build a widespread and highly enthusiastic following. The first of The Mozartists’ concerts since lockdown is a diverse and illuminating overview of the musical year 1771, featuring an exquisite...
More Info Book Now

The RPO is joined by Hilary Davan Wetton, the City of London Choir and two guest soloists for a selection of life-affirming choral and orchestral music by Ravel, Vaughan Williams and Fauré, including the latter's Requiem which embraces rich emotions...
More Info Book Now

Update – 22 February: Following the announcement on Monday 22 February that we will be under national lockdown restrictions until the end of March and concert halls will not be able to open to live audiences until at least 17 May 2021, we are working to reschedule, cancel or postpone affected performances. Please click through for full details.