Past Event
BATL Quartet Past Event

Brandon Allen and Tim Lapthorn have been performing together for over 16 years, having played in various quartet formations at Ronnie Scott’s for over 10 years. This new Quartet features new material written by the two players which demonstrates their passionate and exciting style of playing. Loosely influenced by Stan Getz and some of his later collaborations, Wayne Shorter, Joe Zawinul, Jaco Pastorius, Chick Corea, the John Coltrane Quartet, swing, bebop, hard bop, Brazilian, classical, and contemporary music, there’s a great sense of melody and swing present in the music too.

The Quartet is completed by Arnie Somogyi on bass and the fresh talent of Lloyd Haines on drums.

The compositional framework is relatively simple, allowing for spontaneous extemporisation on the theme and harmony, creating an exciting hotbed for improvisation.

The group’s recently recorded live album, Gone but not forgotten, will be released to coincide with the start of a 2019 tour. So far, the band has performed at top UK venues including Ronnie Scott’s, Pizza Express Jazz Club, The 100 Club, Con Cellar Bar, and Kansas Smittys.

‘[Brandon Allen’s] four-octave range and flawless command of the altissimo register was nicely offset by his full-bodied yet raucous tonal quality offering something for fans of the entire history of the saxophone – from Hawkins to Brecker – he’s got em covered.’ (London Jazz News)

‘Tim Lapthorn’s pianistic abilities include a formidable technique and delicate touch, a wonderfully rich tone from the instrument. His equal command of strong melodicism, a loamy harmonic sense and an acute rhythmical drive make him the consummate jazz pianist.’ (London Jazz News) 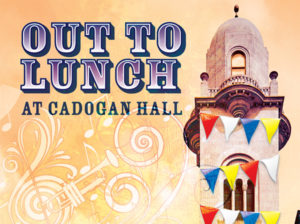