‘Just imagine a work of such magnitude that it actually mirrors the whole world,’ said Mahler of his Third Symphony as he wrote it during his summers at a tiny cabin by the lake at Attersee. His surroundings certainly impacted him, and the pastoral themes of nature ring through the Symphony. This is not just a picturesque scene of birdsong and flowers though – Mahler’s ambitions were loftier than that – and his Third Symphony achieves them: depicting the forces of the natural world through to the heavenly beings that created them.

‘The crowd favourite… was Inkinen. He knows how to draw a sensuous, surging sound from the orchestra’ (Classical Voice America)

Please note: there is no interval. Latecomers will be admitted only during suitable breaks.

The Zurich International Orchestra Series is sponsored by 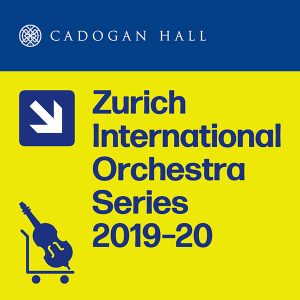 We welcome acclaimed international orchestras and artists to Cadogan Hall, celebrating the best musical talent from around the globe. This season is no different, with orchestras arriving in Chelsea from Sweden to Siberia, St Petersburg to Prague.

Rainer Hersch and his band of virtuosos take to the Cadogan Hall stage with another brand-new dollop of games, tricks and jokes for conductor, orchestra and audience. A combination of stand-up comedy and great music, this is absolutely the best way t...
More Info Book Now

For a Valentine’s Day to remember, join the Royal Philharmonic Orchestra for a glorious matinee concert that will immerse you in the drama and passion of the opera. Featuring arias, overtures and duets from much-loved operas, such as Gianni Schicch...
More Info Book Now

We are working with our colleagues throughout the live performance sector and government on the safe reopening of theatres and concerts halls to viable capacities.

Please see our What’s On pages for details of cancelled and rescheduled events. If your event has been rescheduled, it will appear in the What’s On list under its new date. Please use the Search function (top right) if you’re unable to find it.