Past Event
BBC Proms at... Cadogan Hall 2 Past Event

Few composers paint human emotion as vividly or with greater insight, wit and poignancy than Barbara Strozzi – the pioneering Venetian composer; born 400 years ago, whose songs and madrigals stand alongside Monteverdi’s as some of the greatest of the age.

Argentine soprano Mariana Flores and period-instrument ensemble Cappella Mediterranea celebrate Strozzi’s anniversary with a selection of love songs by the composer and her contemporaries including the arresting ‘Lagrime mie’ and the touching ‘Che si può fare’. 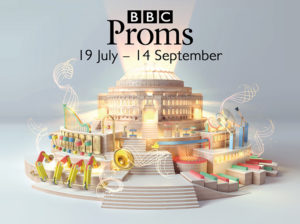 Treat yourself to a taste of the BBC Proms on Monday lunchtimes. The BBC Proms returns to Cadogan Hall this summer for eight more concerts of world-class chamber music, taking you through over 800 years of musical history.

Rainer Hersch and his band of virtuosos take to the Cadogan Hall stage with another brand-new dollop of games, tricks and jokes for conductor, orchestra and audience. A combination of stand-up comedy and great music, this is absolutely the best way t...
More Info Book Now

Flower of the Italian Madrigal

Follow the evolution of the madrigal from Monteverdi to Ligeti with The Gesualdo Six in their return performance at Cadogan Hall.
More Info Book Now