Past Event
Vox Luminis Past Event

The Choral at Cadogan series is proud to have played an important part in the meteoric rise of Vox Luminis in the world-wide classical music scene since they won Gramophone Artist of the Year in 2012.

The Belgian-based ensemble joins the series for a third time. Once more the ensemble cannot resist the temptation to perform British music to Cadogan Hall’s discerning audience. This season they perform some of the most poignant and important works of the Renaissance canon, namely the Lamentations of Jeremiah by Thomas Tallis and Media vita by John Sheppard. Lionel Meunier will interweave these pieces with some of the group’s favourite works from closer to home. 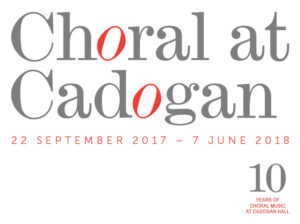 Now in its 10th anniversary season, our choral series consistently presents some of the best choral ensembles in the world.

The iconic Marc Almond celebrates his 65th birthday at Cadogan Hall, in aid of the charity Headway, the brain injury association. He is joined in this acoustic performance by Christopher Braide on piano. The pair will perform Marc’s 20th studio...
More Info Book Now
Limited Availability