Past Event
West End Does: Christmas 2020 Past Event

A mix of contemporary festive songs and classic Christmas Carols

with additional special guests to be announced

Brighten your 2020 by starting the festive season in style with this socially distanced West End Christmas extravaganza, featuring stars of the West End, performing songs and carols alongside our fabulous West End Band.

The concert will feature some of the biggest names in the West End including Killian Donnelly (Phantom of the Opera, Les Misérables, Memphis, The Commitments, Kinky Boots); Louise Dearman (Wicked, Evita, Guys and Dolls); Oliver Tompsett (We Will Rock You, Wicked, & Juliet) and Rachel John (Hamilton, The Bodyguard, Memphis, The Lion King) plus special guests.

This is a socially distanced event. Find out more >

Find out more about the measures that we have introduced to keep our visitors, artists and staff safe below. 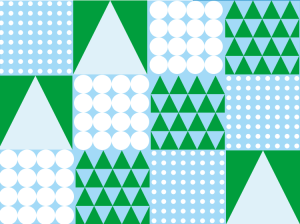 Celebrate a (socially distanced) Christmas at Cadogan Hall with an array of events including Messiah with the English Chamber Orchestra, The Sixteen at Christmas, a West End Christmas extravaganza, The Rat Pack and the iconic animated film The Snowman with a live symphony orchestra.

Ruthie Henshall: In My Life

In light of the coronavirus outbreak, this performance has been rescheduled to Friday 15 October 2021. This will enable the performance to go ahead safely, at full capacity and as originally planned. Existing tickets for the original 17 April 2020,...
More Info Book Now

Children of Eden – In Concert

In light of the coronavirus outbreak, this performance has been rescheduled to Sunday 3 October 2021. Existing tickets for the original 3 May & 27 September 2020 and 2 May 2021 performances will remain valid for the rescheduled matinee and evenin...
More Info Book Now

Update – 22 February: Following the announcement on Monday 22 February that we will be under national lockdown restrictions until the end of March and concert halls will not be able to open to live audiences until at least 17 May 2021, we are working to reschedule, cancel or postpone affected performances. Please click through for full details.